Waterhouse, 39, is the founder and manager of Waterhouse VC, among the best-performing venture capital funds since 2019 with a 2,113% total return as of Jan. 1 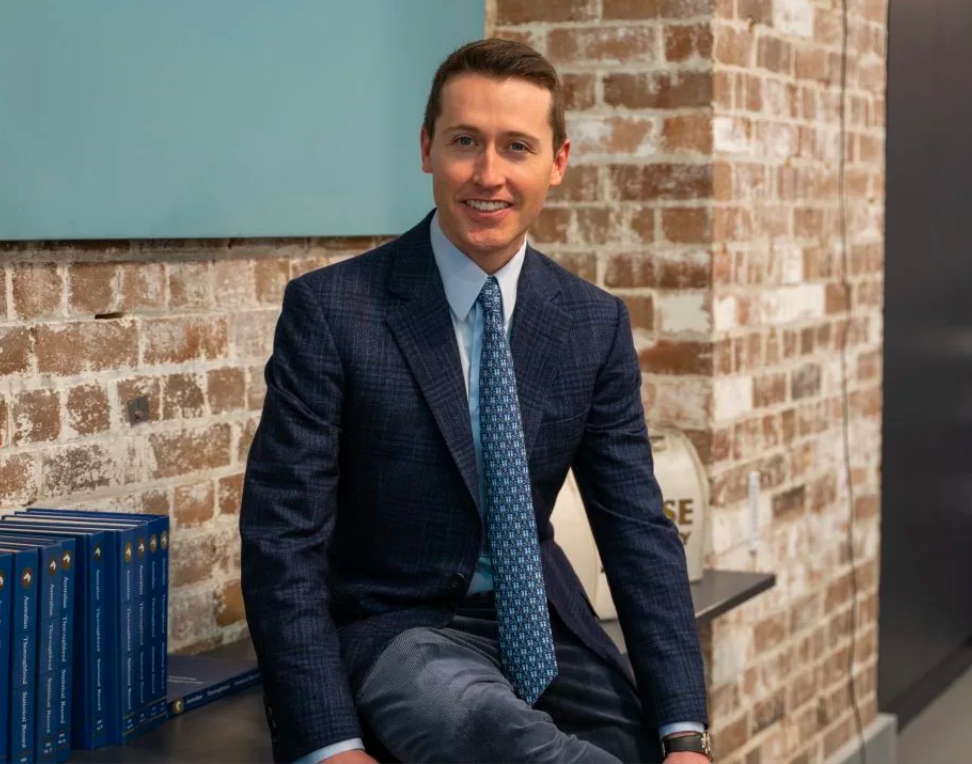 Waterhouse, 39, is the founder and manager of Waterhouse VC, among the best-performing venture capital funds since 2019 with a 2,113% total return as of Jan. 1. But unlike many of those rushing to capitalize on the opening of the North American market for sports wagering, he’s no newbie to field. The Australia native’s great-grandfather was a bookie in the 1800s, the first in a line of four generations of bookmakers, with the younger Waterhouse embracing the roll after college in the 2000s, taking bets over the phone.

“I thought, ‘What a great thing I’ve stumbled upon,’” Waterhouse said. “You get to go to the horse races three days a week, there’s unlimited betting turnover, and operational costs are very low. I thought, ‘Gosh, I’m going to be, hopefully, doing this the rest of my life.’”

It hasn’t developed quite as planned. The 2008 opening of wagering in Australia to Internet businesses gutted traditional bookies. Rather than give up, the enterprising Waterhouse joined them, starting a quick-growing web bookmaker that was bought in 2013 by William Hill. The entrepreneur was then made CEO of William Hill Australia within a year. He focused on churning out technology-based wagering products, estimating up to 300 viable ones were in development when William Hill was sold to new investors in 2018.

As part of that acquisition, Waterhouse agreed to leave the business and not enter betting for two years. Knowing how much potential tech had in wagering, he decided to start investing in the sector instead.

“I don’t feel I’ve got a huge edge understanding if [a business] should be valued at 15 or 22 times earnings,” said Waterhouse, on a phone call as he traveled from the White Turf horse races in St. Moritz. “But I felt I had an understanding of the product going into these online betting providers, what products were going to work and what products were going to have an appetite from the companies.”

Early returns proved his instinct right. Not even three years old, the Waterhouse VC fund brought early investors those eye-popping returns in part because Waterhouse employs his own engineers to look under the hood of potential tech investments, complementing his expertise in judging the market viability. An early win: buying into Aussie horse racing tech outfit BetMakers Technology at six cents a share, well ahead of its run up to AUD$1.60.

The BetMakers investment shows one of the preferences of Waterhouse’s investment strategy: finding businesses with hard-to-replicate positioning. BetMakers’ advantage is that it’s a middleman in horse racing. “They’re collecting data from the bookmakers, supplying it to the operators and collecting information from the bookmakers and supplying it to the bodies for integrity data,” he explained.

A potential competitor would need deals with each side of the market plus the tech know-how to execute, something he says is very difficult.

As the BetMakers investment suggests, Waterhouse VC isn’t a strict venture capital fund. Waterhouse will invest in publicly traded businesses he sees as having long-term positioning. He also holds stocks in part to keep cash working in the sector as he waits for a VC investment he wants to make. Generally, Waterhouse wants to buy into businesses with revenue today—no seed or angel deals here—and with a reasonable expectation of a liquidity event in the future, since fund investors can withdraw their own money each quarter.

The quick opening of the sports betting market in the U.S. and Canada spurred Waterhouse to relocate from Australia to London this year. The new location puts the fund, now with AUD$100 million in assets (about $72 million), in the hub of sports betting technology that will serve the operators opening up in North America. “If you can find the right product that isn’t in any of the operators, but suddenly gets integrated into Caesars, MGM, Flutter or DraftKings, its revenue is going to go from basically nothing to a very large number,” he says.

One potential investment that could do that is Ireland’s Voxbet, a natural language betting service. In December, Waterhouse and a fellow Aussie, the now-Las Vegas based Matt Davey of Tekkorp, led a VC investment into Voxbet. Its edge is that it “speaks punter,” Waterhouse says. The business focuses purely on sports betting, meaning it’s far better at understanding verbal bettor instructions than general voice-to-text offerings. After just three months of use in France, Voxbet correctly understood 90% of betting instructions, for instance. By comparison, a 2020 study found Amazon had just a 73% accuracy rate for its website.

Voxbet has the potential to revolutionize how bets are made on mobile phones, said Waterhouse. Web sports betting today is like the pre-Google internet, where users had to have a sense of where to first look and then explore a series of pull-down menus to get to their desired info. Mobile voice betting “is such a nuanced and niche product, and Voxbet has so much data and a track record with the largest operators in the world, it basically doesn’t have a competitor.”

These days Waterhouse is also turning his attention to the potential for esports wagering in the U.S. Waterhouse suspects esports betting will be huge, since in Australia, it has been the fastest growing sector. In the U.S., only four states allow fixed-odds esports wagering right now, with another 11 considering it. He’s also intently exploring crypto and the metaverse and how they intersect with sports and wagering.

Right now, the bigger challenge for Waterhouse is living up to his track record. The fund, which also holds stakes in DraftKings, Penn National Gaming and Flutter, has taken a hit with the rest of the sector of late. The fund closed out the last three months of 2021 losing 18.5%, as Wall Street soured on sports betting stocks. The Waterhouse fund was still up about 105%  last year, even with the year-end turmoil.

“We’ve had considerable upside, but we’ve also managed the downside period now,” he said. “Whether we can continue to do that, well, I don’t know. But I know this space very well. I’ve lived and breathed this sector. I spend all my time looking at the gambling industry. I only do one thing.”

Then he added: “Well, I play with my kids. So two things, basically.”