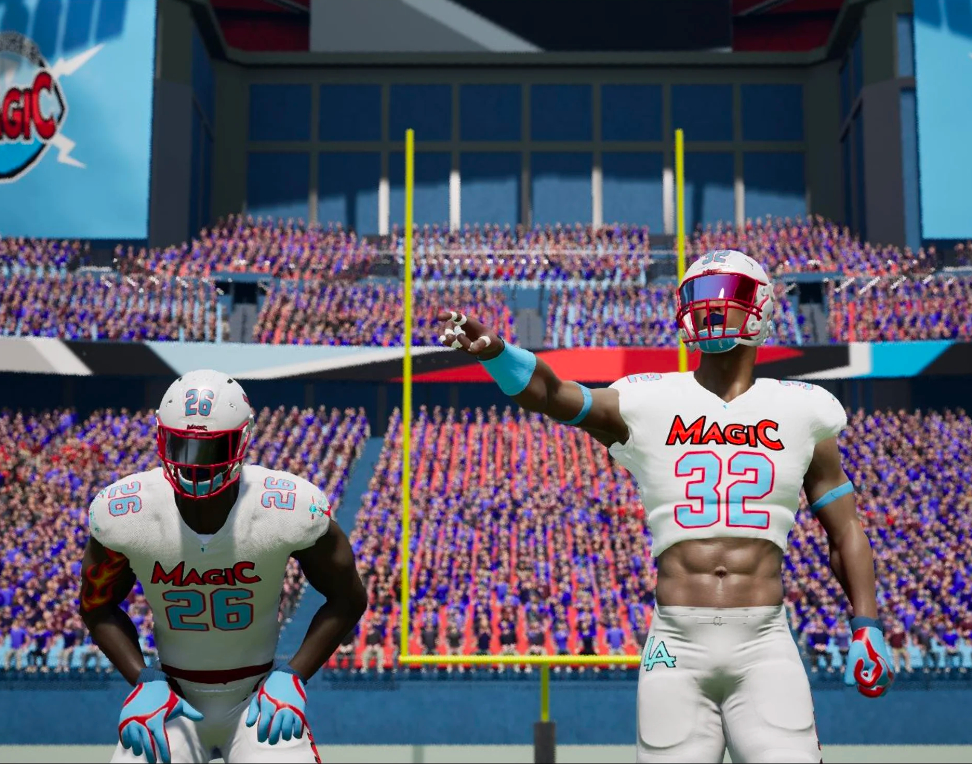 Magic Johnson is the latest sports name to get involved with the metaverse and NFT trends, acquiring football and basketball franchises in SimWin Sports (a company in which his son, Andre Johnson, is the executive vice president).

Johnson is just one of a number of ex-pro and current athletes involved with SimWin: Jerry Rice, Marshall Faulk, Mike Singletary, Tracy McGrady, Penny Hardaway, and LaMelo Ball. In addition to being a Hall of Famer and on NBA’s 75th anniversary team, Johnson also has ownership stakes in the Los Angeles Dodgers, the Los Angeles Sparks, and Team Liquid, one of esports’ leading organizations. The move also shows that even as NFTs and crypto are amid a crash, may be based on nothing more than the “greater fool theory” and deal with rampant fraud and hacking losses, the sports and esports industries still see potential in using tokens to reach and engage fans.

“SimWin Sports is a sports media, content, and fantasy sports company at heart. NFTs and crypto simply enable SimWin’s unique entertainment and business model,” Johnson said over email to Sports Business Journal. “Fans don’t have to buy into NFTs or crypto to watch and/or play fantasy sports; and because of this, SimWin is well positioned to weather the storm.”

SimWin is a company that runs virtual simulations of football and basketball in the metaverse, and it includes components of both fantasy sports and real-money gambling. You manage rosters, train players or set your team’s strategy. If you want to take part in a live game, you can call plays, too. It includes a performance model that runs on AI, which helps each athlete on each roster develop throughout the season (this includes wear and tear, hot and cold streaks, and skill improvement). The company said it has sold 35 teams across its basketball and football leagues, claiming its values have “grown sharply from six- to seven-figure sales.” This is what, in part, attracted Johnson, a longtime investor in sports projects and other business ventures, including his stake in esports.

“Securing an equity share in SimWin Sports and buying football and basketball teams aligns well with our existing sports investments including the Los Angeles Dodgers, Los Angeles Sparks, Los Angeles Football Club and Team Liquid esports,” Johnson said. “Metaverse experiences are one of the hottest sectors in business today, and SimWin is uniquely positioned to capitalize on the opportunities.”

The crypto markets took a beating earlier this week, with some companies turning to layoffs (like Coinbase) and others looking at restructuring after a severe loss (Celsius). Crypto and NFTs look like a much riskier market than they were a few weeks ago (unless, like Gates, you already we skeptical of the entire shebang).

SBJ asked SimWin how worried it was about the bad news coming out of the crypto market this week. “Not at all. Crypto is very cool and is a part of our business, and we think it will certainly rebound. We are seriously innovating in the category, but our bread-and-butter is 247/365 fantasy sports entertainment content. And of course, the utility of the metaverse and NFT is here to stay. All markets experience cyclical periods.”

This varied business strategy is why SimWin wants to stay with crypto. “Better market conditions would always be ideal but we are committed to helping the market mature and grow, and we believe our Platform will provide fans with the full Web3 experience. Sports related NFT sales have not dropped. Similarly, the fact that the SimWin Platform is providing never before seen utility and gameplay for the NFTs, only has the potential to increase their value.”

But blockchain also receives criticism for the way mining tokens via the proof of work standard sucks energy — so much that an EU regulator called to ban such methods. SimWin said it uses proof of stake, which uses less energy. This is still a rather new way to mine tokens, and the University of London said in a report that proof of stake doesn’t have the scale yet to determine just how much better it is on the environment.

“We additionally use green-tech servers for the games. That said. we are aware of the impact of some parts of the crypto tech landscape, this industry is still nascent and we are already seeing a lot of improvement on the energy usage front and are committed to help solve the current issues,” SimWin said.

The NFT component of SimWin encompasses every team, player, gym and trainer, the company said. But in addition to eventually being able to trade and sell these assets (it hasn’t made its first drop yet), SimWin also shares revenue from other sources with team owners.

“Team owners share in league revenues collected through broadcast and streaming rights, league sponsorships, in stadium advertising, NFT sales on SimWin’s secondary marketplace and, of course, the licensing of our data to fantasy and sportsbook partners,” the company said. “Players earn by collecting a salary for every week they are on a team roster, as well as performance bonuses and even a cut of fantasy revenues when they are drafted into fan lineups. Of course, fans can resell these on our NFT marketplace at any time, but the best part is our NFT owners do not need to sell their asset to collect the revenue their assets generate.”